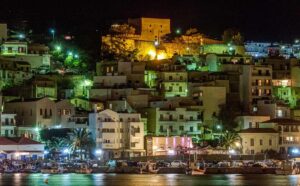 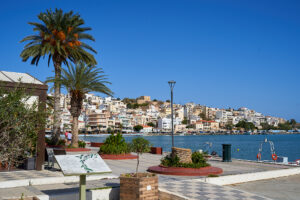 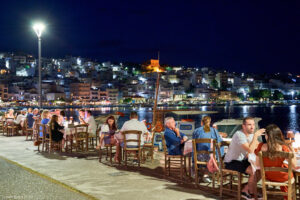 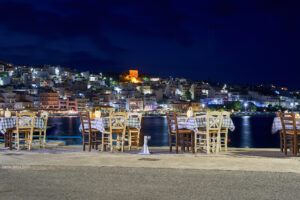 For those of you with a passion for culture and past civilizations, Sitia and its area has a wealth of treasure for you to discover – archaeological sites, museums and much more, all bearing testament to our rich past.

Zeus, the king of the Gods, who according to myth transformed into a white bull, seduced and abducted the beautiful daughter of the king of Phoenix, Europe, and carried her on his back to bring her to Crete,to a beautiful beach down in Palekastro, where they stayed to rest,before continuing their route to Diktaio Antro and Gortyna.

This beautiful myth has some historical implications on the relationship of Crete with the East, explaining why here, in Eastern Crete, which is close to Asia Minor, Syria, Palestine, ancient Phoenix and Egypt, the first signs of European civilization were born. It is in this place, in the Minoan town of Palekastro, where the famous shrine of Diktaios Zeus was located and where his hymn was found written on a rock. This is the first hymn to peace and peaceful life. Young men prayed to Zeus to come to earth along with the gods of vegetation to bring happiness to humans, peace and order to the world, justice and protection for the young, fertility for the earth and its fruits and winds for the ships.

Here, at cape Cavo-Sidero, the ancient Samonion, the Argonauts disembarked and built the shrine of Samonia Athena and the god Dionysos created the islands “Dionysiades”, named after him. It seems that nowehere else in this world nature and myth were combined as well as in Crete. It is remarkable how these traditions of worship and rituals still survive to our days in the villages of Sitia. Its geographical position – the nearest station of the sea route to North Africa and the East – and historical reasons contributed to the development and creation of this amazing archeological and historical wealth. Sitia was “the gate of the East” for the Minoan world and here are the first and last sites of the Minoan civilization. The same is true for the literary tradition:

– Myson the Sitian, one of the seven wise men of antiquity, as reported by Stefanos the Byzantine.
– Vitsentzos Kornaros, “the Great of the Greek nation and the immortal poet”, according to Kostis Palamas.
– Andreas Kornaros, the great literary scholar, the founder of the Stravaganti academy in Megalo Kastro (Heraklion) and the writer of&nbsp;the&nbsp;first history book of Crete
– The Pantogalloi brothers, great men of the church and literature.
– Pertzivalis and Kalyvas, distinguished scholars and teachers of the renaissance.
– The Salamon family, a member of which was our great National poet, Dionysios Solomos.

Melina Merkouri noted and said: “Still today, Sitia is the home of pleasure, happiness, and creativity. A place where life finds its meaning. A place that proudly continues a great tradition of offering in literature, sciences and art”.

Europe without Greece is like a child without a birth certificate!

Cookies are small files which are sent to your browser and stored on your computer’s hard disc. If you have registered with Portobelis Crete Holidays, then your computer will store an identifying code in the cookie which means you do not need to type in your email address each time you return to the site. Other than this, we do not store your password or any other information in the cookie, or use it for any other purpose. Our third-party advertiser may place or recognize a unique cookie on your browser.
Necessary Always Enabled
Necessary cookies are absolutely essential for the website to function properly. These cookies ensure basic functionalities and security features of the website, anonymously.
Analytics
Analytical cookies are used to understand how visitors interact with the website. These cookies help provide information on metrics the number of visitors, bounce rate, traffic source, etc.
SAVE & ACCEPT